Gallstones are a kind of hard particles which form in Pear Shaped Gall Bladder. Gall Bladder is pouch type small organ located in the upper right abdomen below the liver . This pouch stores the green-yellow liquid called ‘bile’ which helps digestion. Gallstones are formed when bile contains too much cholesterol or imbalance in substances that make bile. Size of gallstones may vary from a grain to golf ball, from single stone to multiple. It causes a sudden pain (Gallbladder attack or biliary colic) in the upper right abdomen when gallstones block the ducts of the biliary tract.

What is the Biliary Tract? 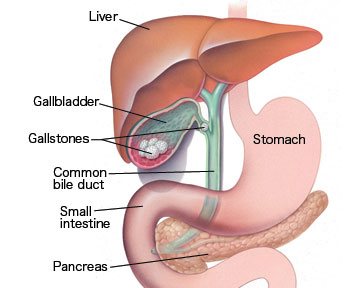 Gallstones generally occur when Bile carries excessive cholesterol, excessive bilirubin and less amount of Bile salts. Actual reasons have not yet been found by the researchers but it is assumed to occur when the gallbladder does not empty completely or often enough. Two types of gallstones are recognized as:-

Gallstones are generally found in women in comparison to men. Women can have extra estrogen because of pregnancy, hormone replacement therapy and contraceptive pills which leads to increase the cholesterol in bile causing gallstones. Let us study in the details the actual factors which are to be considered for Gallstones:-

As we read, Pigment stones raise due to excessive bilirubin and tend to grow in people who have :

Gallstones which do not have any symptoms are called Asymptomatic or Silent gallstones and they do not affect the functioning of gallbladder, liver or pancreas. In case of the gallbladder attack, pain may occur and may last for several hours. the gallbladder attack may stop only when gallstones move or no longer obstructing bile ducts. If attack continues for more than 1 hours, it may create serious complications & Symptoms like:-

Whenever a patient faces such symptoms , he should immediately See to a Gallbladder Specialist Doctor or Surgeon to consult about gallstones. 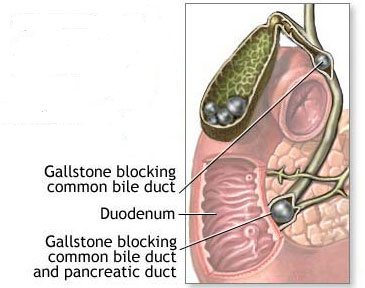 Two ways of diagnosis are adopted:-

Your trusted health partner will advise you to go for the Ultrasound as it safe, pain-free and easy to detect gallstones. For the clear picture, other imaging tests may also be used.

Gall Bladder at Dr.Vaibhav Kapoor Rated 4.9/5 based on 391 customer reviews
Contact Us