What is Achalasia Cardia? 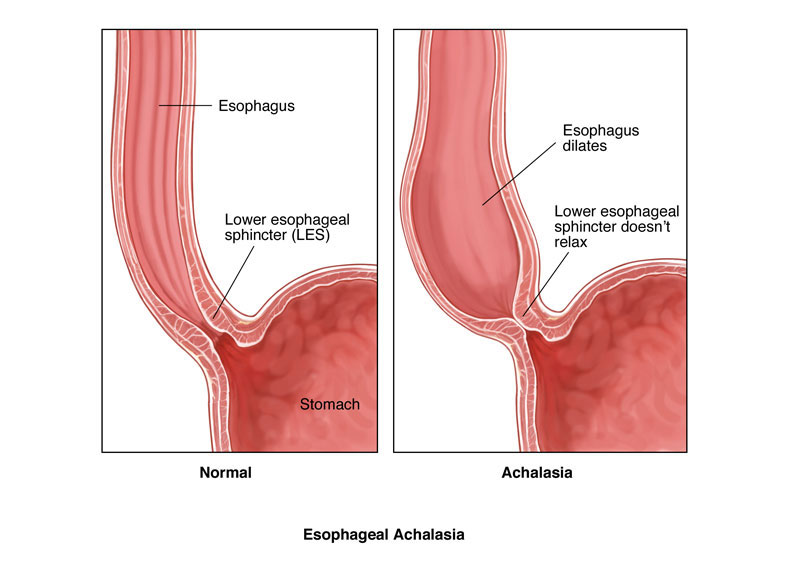 Achalasia Cardia is the failure of (LES) lower esophageal sphincter to relax and let the food pass down to the stomach which leads to difficulty in swallowing food. It makes hard to pass the foods and liquids to the stomach.
The Esophagus is the muscular tube which helps pass food and liquid to stomach from the throat. As we know, the wall of the esophagus is made up of several layers of tissue, mucous membrane, muscle, and connective tissue. The stomach is a J-shaped organ in the upper abdomen which helps to digest and processes nutrients (vitamins, minerals, carbohydrates, fast, proteins, water) and to pass the waste out of the body. After this, partly-digestive food will move to the small intestine and then to the large intestine.
Achalasia is caused by abnormal function of the nerves controlling the esophagus muscles and the valve or sphincter between the esophagus and stomach.
Symptoms of achalasia include difficulty in swallowing food , regurgitation of food , coughing while lying down, ,retrosternal discomfort or heart burn .

As we have mentioned, Analysing the symptoms of Achalasia Cardia is very hard so diagnosing it an accurate manner is critical. Following are the given tests to diagnose the disease:-

Surgery for Achalasia Cardia at Dr.Vaibhav Kapoor Rated 4.8/5 based on 388 customer reviews
Contact Us